An international event and public programme comprising of symposia, workshops, presentations and an exhibition of contemporary art by female Iraqi artists including performance, installation, video, photography, theatre, painting and sculpture. The exhibition will also feature handicrafts made by women in disadvantaged circumstances; women living in shelters or prison and women attending centres for the disabled. ArtRole offers a unique platform for curators, artists and academics. 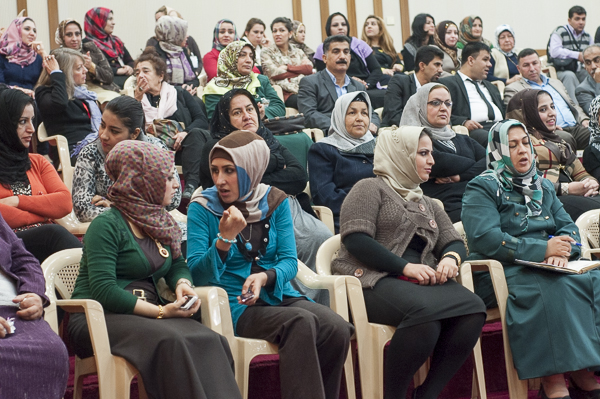 Since 2006, ArtRole has emphasised the position of women in Iraqi society and their role in rebuilding the country through various projects and artist residencies focusing on such issues. In 2007, Nancy Buchanan, an artist and teacher from the USA made a film about the role of women in Kurdish society after 2003. She interviewed female politicians, artists and students. She talked to women who were in shelters protected from honour killings and women in prison. In 2008, Anne Bean a socially engaged artist from the UK developed a performance with 20 local Kurdish women in the city of Erbil. Anna Bowman, Nancy Buchanan and Anne Bean participated in a Kurdish Women’s Conference. In Post War Art & Culture Festival 2009 in Iraq and Contemporary Art Iraq 2010 in the UK, Iraqi female artists participated in ArtRole’s projects. ArtRole projects have always promoted female artists and their work internationally and in Iraq. ArtRole has a highly visible presence in the region as they implement a 5 year plan of new initiatives, continuing artist residencies and cultural exchange programmes.